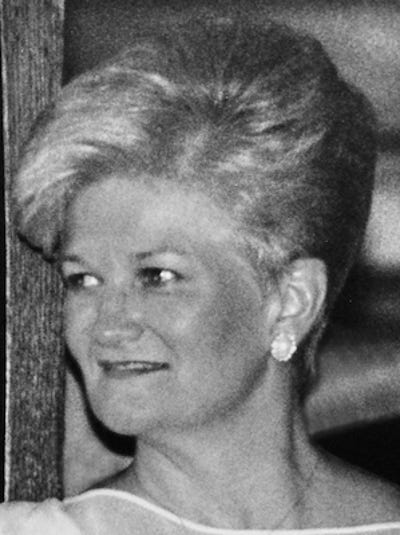 Irene Peartree (née Wisniewski), originally of Syracuse, New York, passed away of natural causes on November 29, 2021, at home and in the care of her family. She is the mother of Arts Center Board member Kathleen Peartree, who is also co-owner of Blue Mountain Designs in Blue Mountain Lake. Her granddaughter, Charlotte, has been an actor with the Adirondack Lakes Summer Theatre Festival.

Born in Syracuse, New York, Irene attended Syracuse University and worked at the State University of New York College of Medicine in Syracuse where she met the love of her life, Bob. They were married in 1954, moved to Rochester in 1963, and together raised a family. Theirs was a partnership of love, committed to each other, their children, their friends and community. Bob was a "giant" of the Rochester medical community revered by peers and patients. Irene led and served a number of charitable organizations and events including the Seton Auxiliary Group supporting St. Mary's Hospital, the Twigs of Rochester General Hospital Association, and McQuaid Jesuit High School's BASH. He was a husband and father, and she a wife and mother, in the fullest and best sense of those words. Irene's greatest role was as a mother and she excelled at the challenge of raising seven children. Bob called the love of his life "I". A word that could have referred to himself instead symbolized two people as one in perfect harmony.

The love, laughter and legacy Irene leaves behind are woven into the hearts and memories of her family and friends. In Irene's memory, please consider making a donation to the Adirondack Lakes Center for the Arts. Please click the image below to donate in Irene's memory:

Thank you to those who have given in Irene's memory:
The Arts Center Board of Trustees
George & Elizabeth Cordes
The Stegemann Family
Sue Montgomery Corey