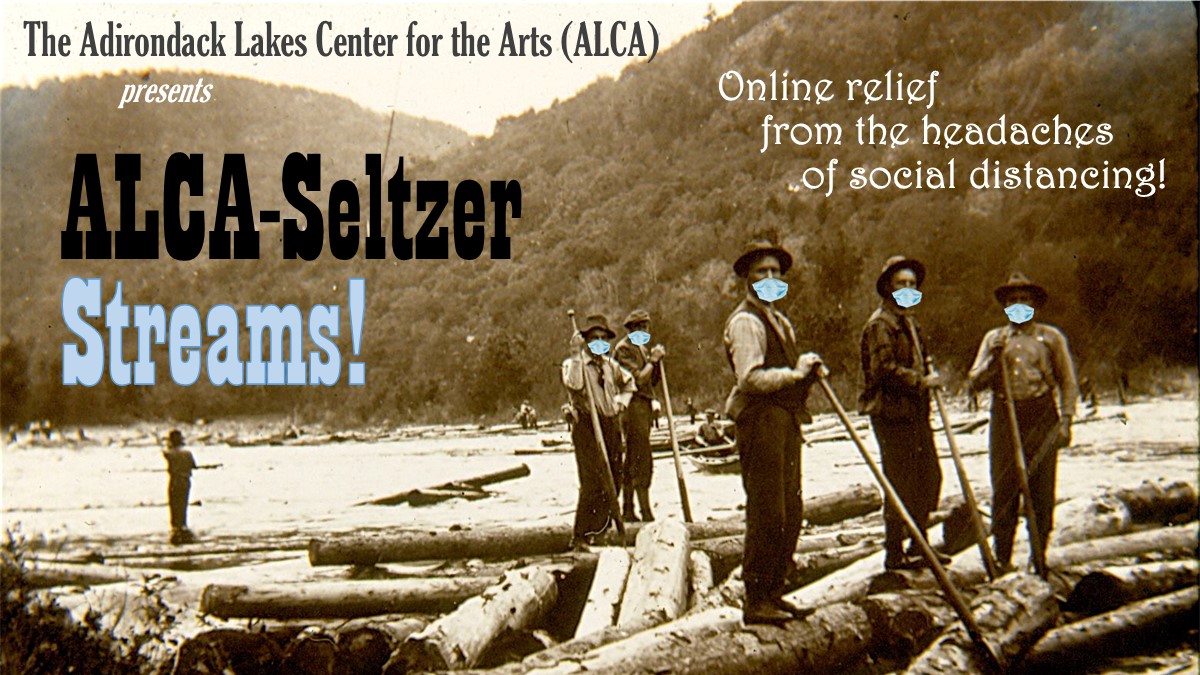 Our series of livestream concerts, theatre, and other events as part of our "ALCA-Seltzer Series: Online Relief from the Headaches of Social Distancing!" Generously supported by grants from the New York State Council on the Arts and from David Myers, in memory of Anne Vaccaro and Jayson Grigsby

Summer & Autumn Streams from 2020 - still available for your viewing pleasure! 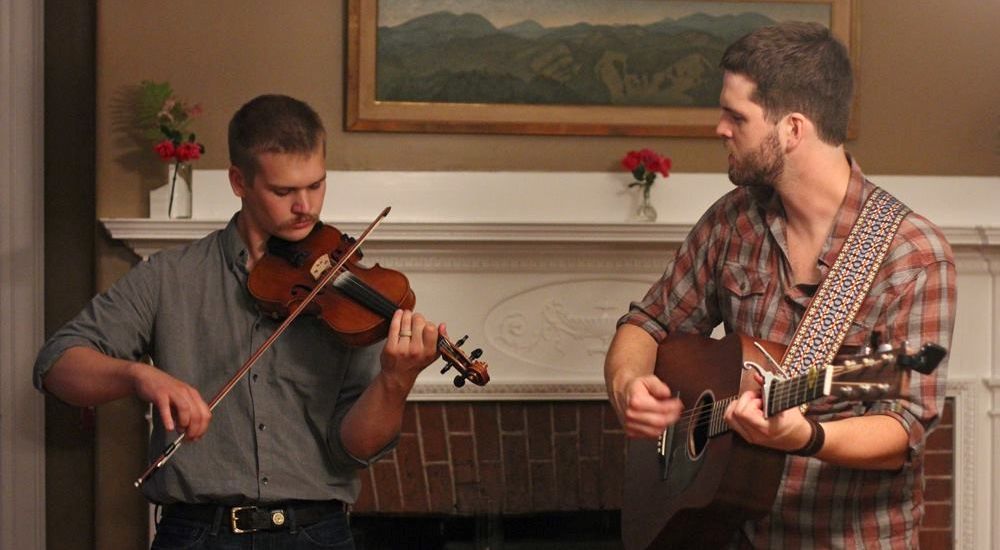 A concert and interview by Brillhart & Smith, with Vermont fiddler Jake Brillhart and singer/songwriter Alex Smith, a native of Long Lake. The duo have toured extensively for the past five years performing Brillhart’s Cape Breton-influenced fiddle tunes and Smith’s finely crafted folk ballads, and the result is a show that has captivated audiences from Iowa to Maine. Sponsored by Stewarts Shops

"Alex is a natural storyteller with a rich voice who is creating poignant songs rooted in the heritage of his Adirondack home."  - Sarah Craig, Caffe Lena (Saratoga Springs, NY) 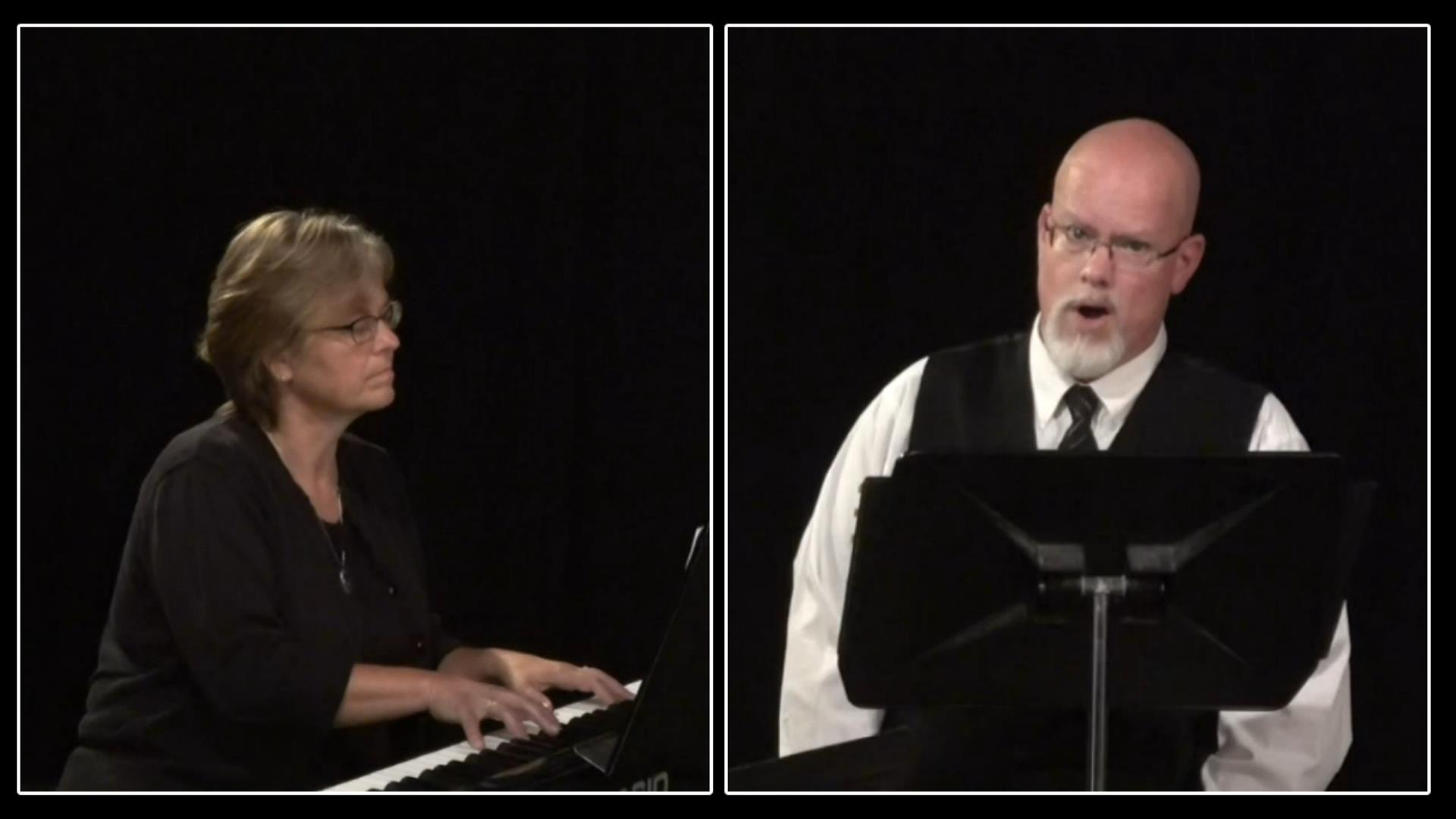 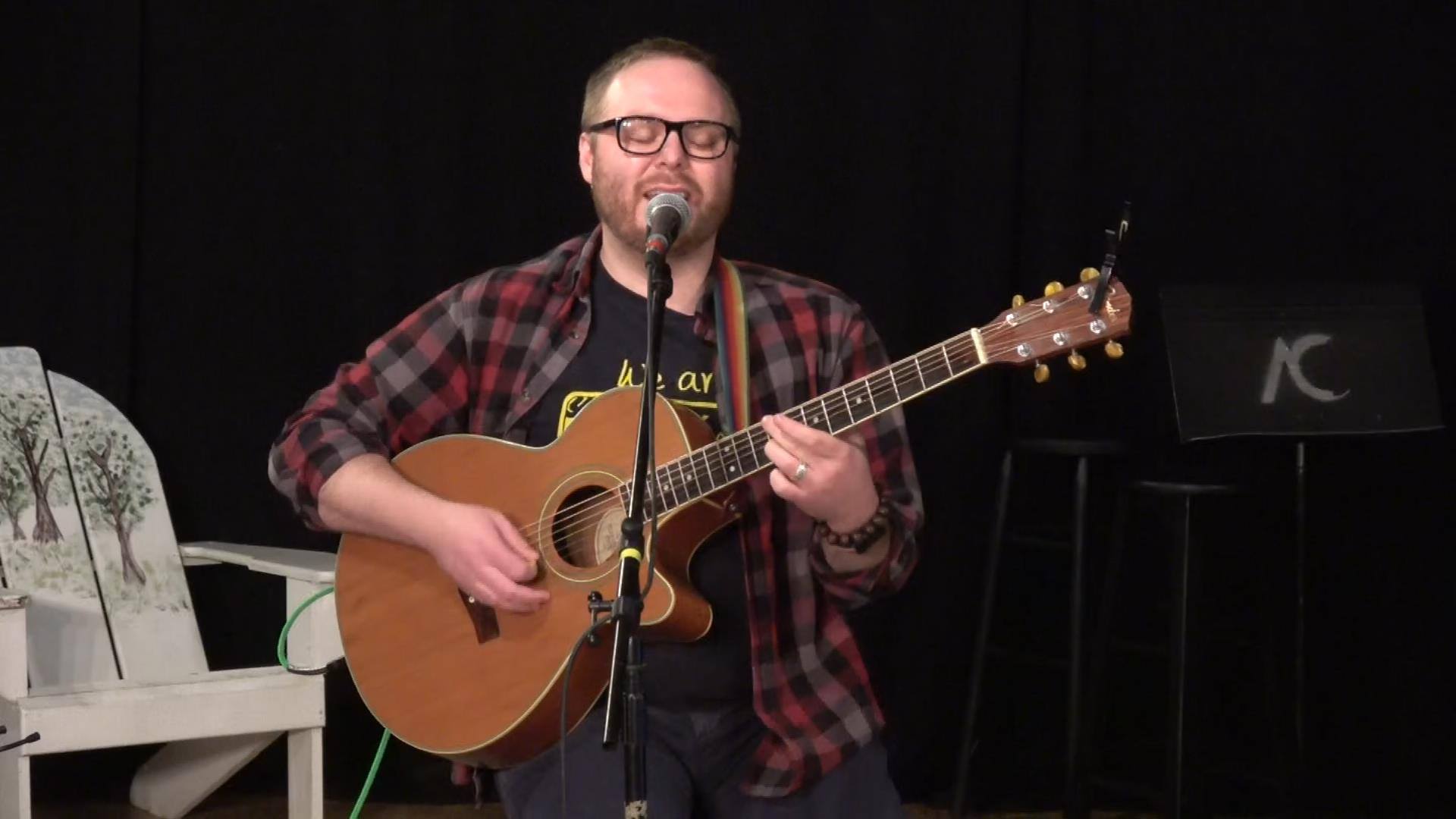 The first of our Autumn Streams: a concert and interview with singer/songwriter Ryan Leddick. This virtual event features a concert and interview by the Indian Lake native, who now resides in the New York Capitol District. It features songs from Ryan’s brand-new album, Up, Up, and Away. Ryan was originally scheduled to perform these songs in a concert and album-release party at the Arts Center in July before the COVID-19 pandemic struck. Perking ears and turning heads with his soulful melodies and acoustic inspired rock lines, Ryan Leddick is in his own league with a collage of musical tools. His voice hints at the Adele-like simplicities of pain and strength as he uses his lyrics and unique songwriting ability to echo the humbling and thought-provoking natures of Martin Sexton and Dave Matthews. This virtual event is generously sponsored by Pines Country Store of Indian Lake.

Seltzer Streams: The Show Must Go On! 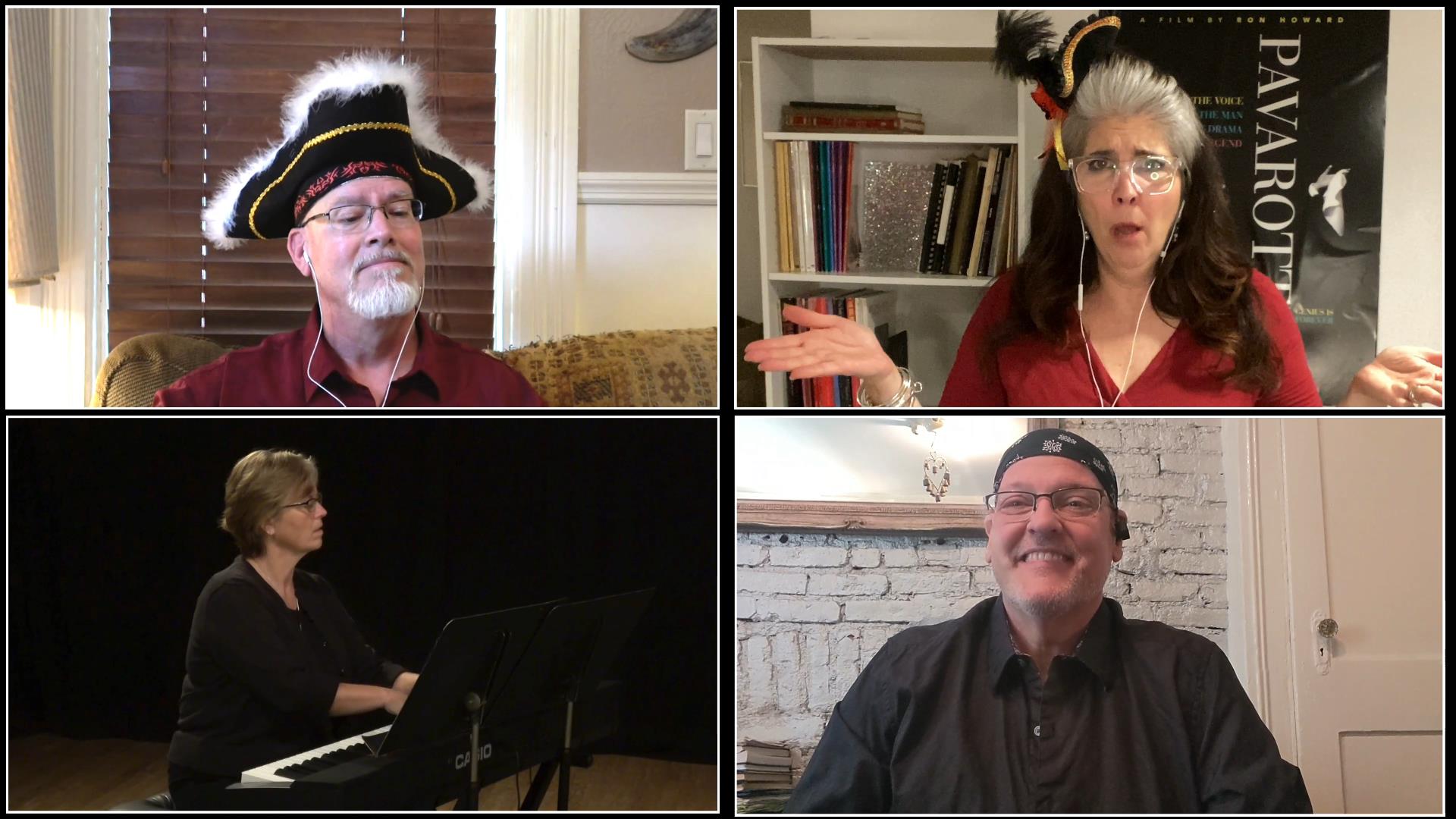 The last of our ALCA-Seltzer Summer Streams: "The Show Must Go On!" We (virtually) bring together the amazing singers of our postponed 2020 Adirondack Lakes Summer Theatre Festival to present a mini-concert of opera and Broadway! Featuring soprano Annachristi Cordes, mezzo-sopranos Beth MacLeod Largent and Kasey Stewart, tenor Neal Harrelson, bass-baritone George Cordes, and pianist Elizabeth Cordes, participating from New York City, Boston, MA, Plattsburgh, NY, and, of course, the Adirondacks. Don't miss this exciting livestreamed event! We are requesting a donation of $10 to view this event. 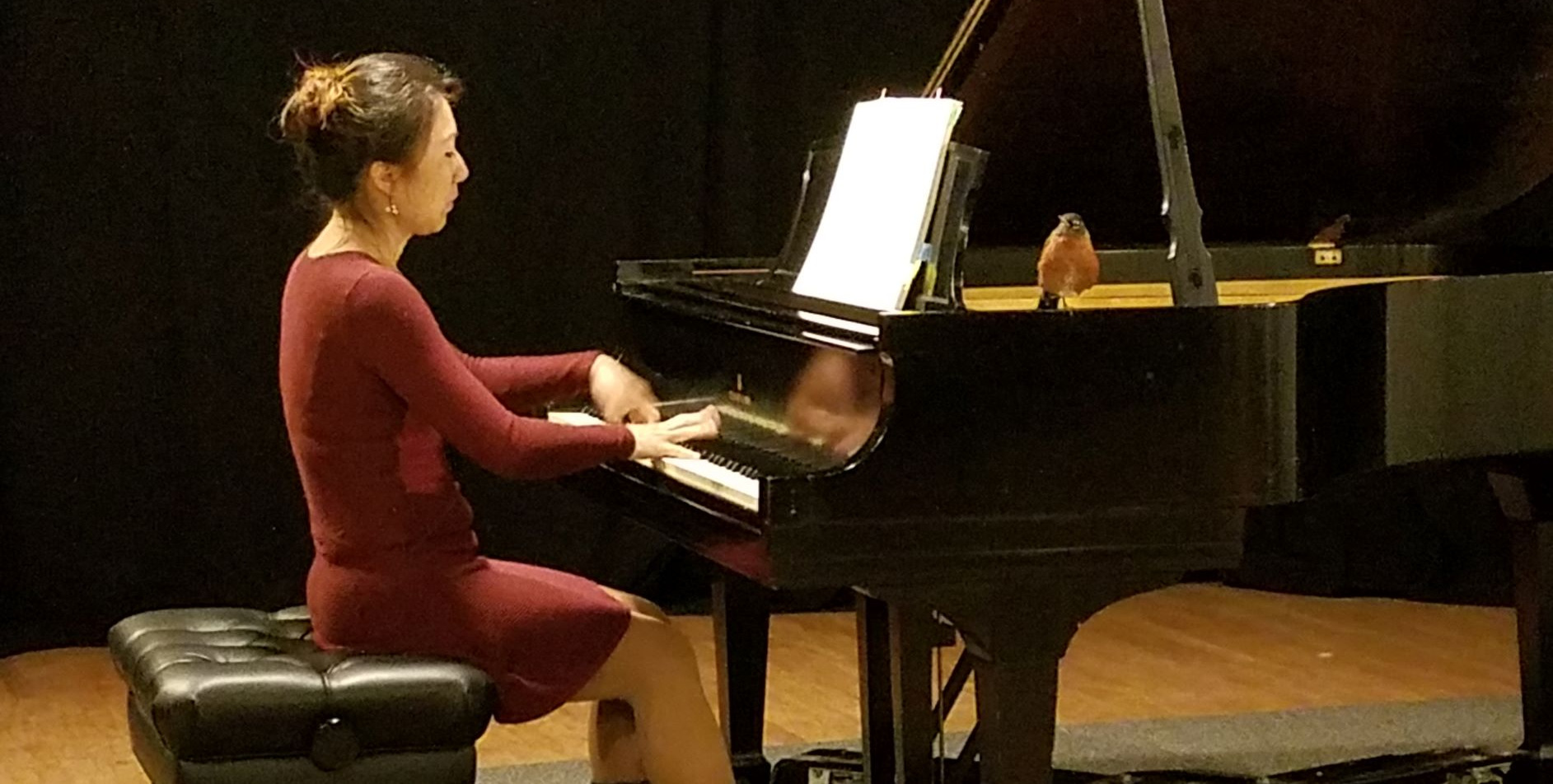 The wonderful concert pianist Nicole Wang, who has been social distancing in Blue Mountain Lake since March, is providing Arts Center audiences with a concert of pieces by Chopin, Mozart, Debussy, and other composers, filmed at the Arts Center and played on our Steinway! In an interview with artistic director George Cordes, Nicole also speaks about herself, her career that began as a child prodigy in China, and her experience with her rescue robin, Ali, who accompanies her in the concert. We are requesting a donation of $10 to view this event. 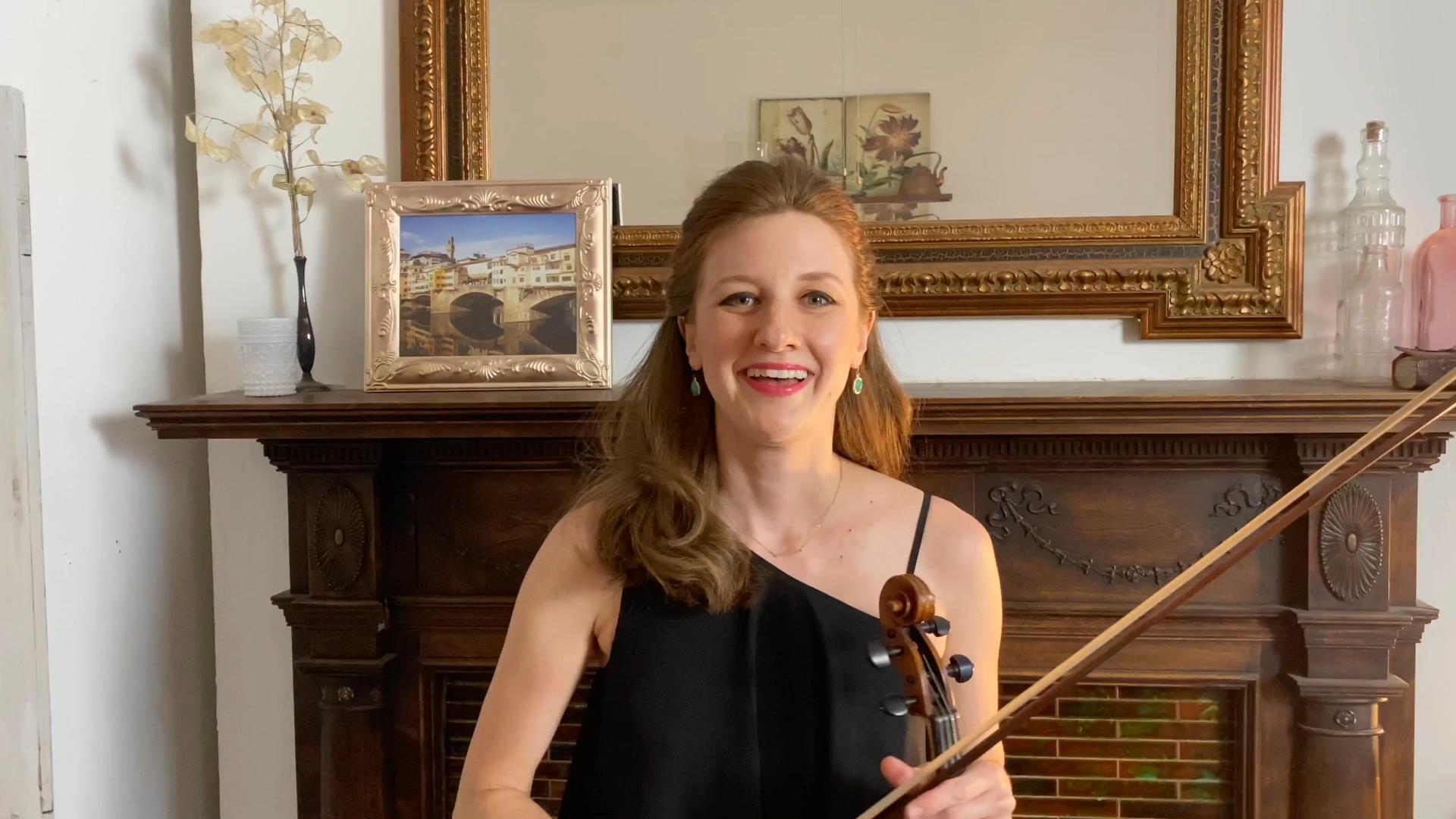 The next of our ALCA-Seltzer Streams: a recital by violinist Madeleine Jansen on August 7. Madeleine Jansen has been a violin instructor at the Luzerne Music Center in Lake Luzerne, NY, for the past five years. Maintaining a large and active private studio during the year in New York City, Madeleine also keeps busy as a performer. Not only an amazing classical musician, Madeleine has also performed with Michael Bublé, Rod Stewart, Josh Groban, the Trans-Siberian Orchestra, and on NBC's Today Show. Madeleine's program will include the Telemann Fantasia No. 7 in E flat major, Piazzolla's Tango Etudes No. 3 and 4, Biber's Passacaglia in G minor, and Prokofiev's Solo Violin Sonata, Op. 115. We are requesting a donation of $10 to view this event. 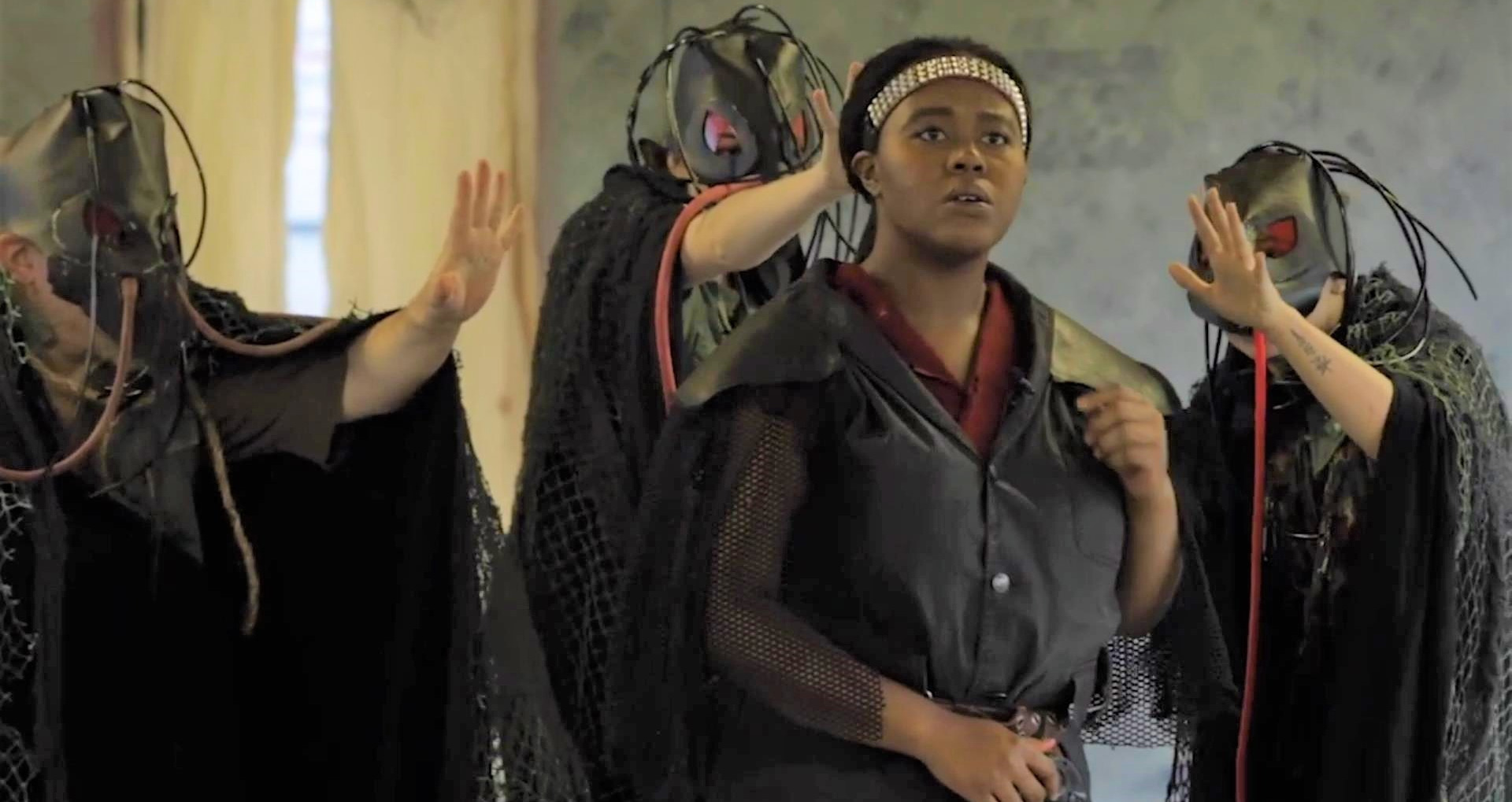 “Shakespeare on Pause, Part I,” an encore performance of the 2019 Adirondack Lakes Summer Theatre Festival (ALSTF) production of Macbeth. This production of Shakespeare's Macbeth, an abridged version that toured to outdoor venues around the Adirondacks last year, was directed by Jayson Grigsby, a director/performer for several seasons with the Summer Theatre Festival who tragically passed away last winter. “Shakespeare on Pause: Part II,” on August 14, will feature clips from other recent Summer Theatre Festival productions and a tribute to Jayson and to Anne Vaccaro, another ALSTF director/actor who passed away within the last several years. We are requesting a donation of whatever you can afford to view this event. 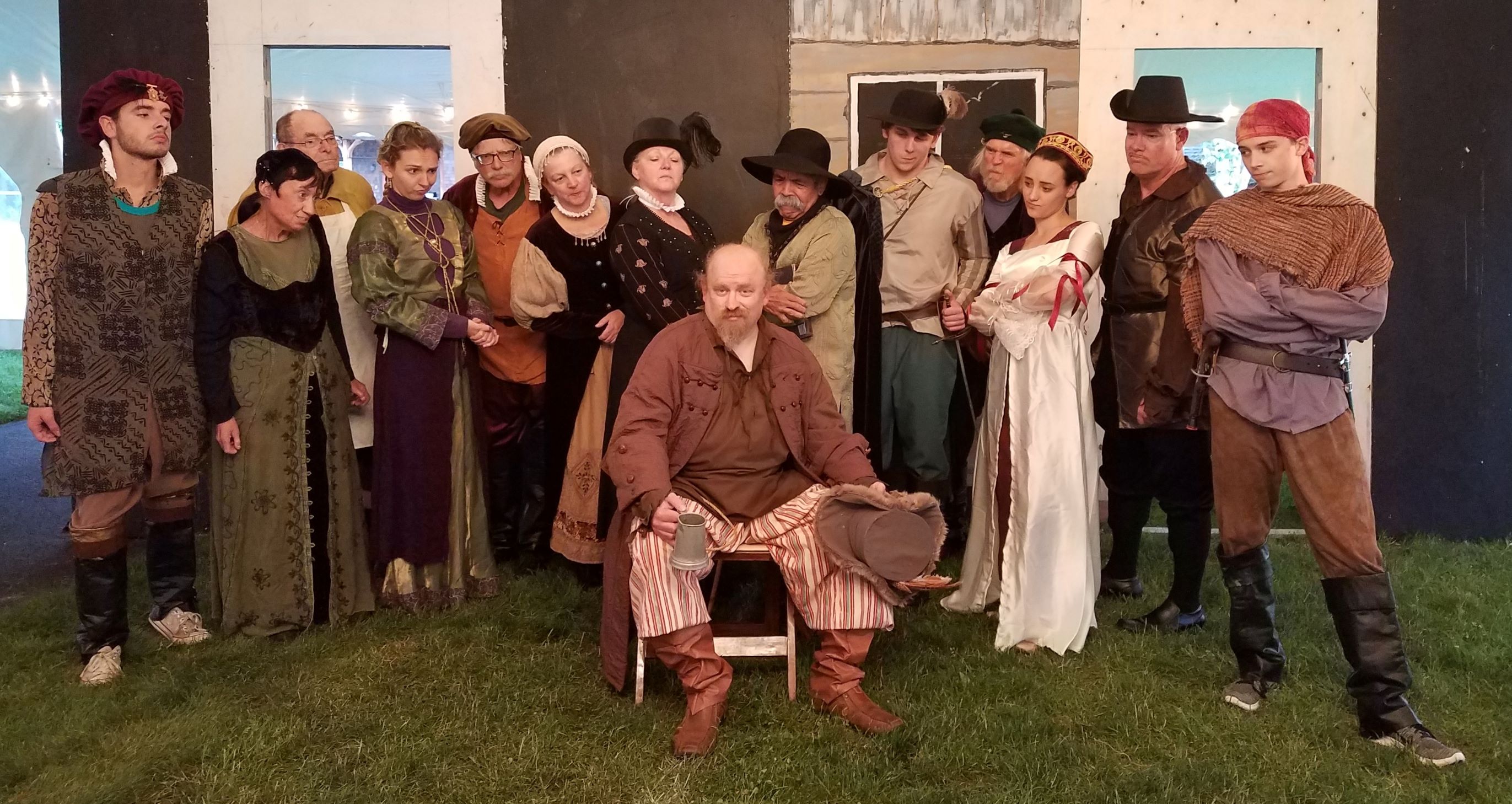 “Shakespeare on Pause, Part II,” clips and photos from past-season productions of our Adirondack Lakes Summer Theatre Festival (ALSTF), along with tributes to Jayson Grigsby, a director/performer for several seasons with the Summer Theatre Festival who tragically passed away last winter, and Anne Vaccaro, another ALSTF director/actor who we lost several years ago. We also honor Andy Studdiford, who was a regular participant in many Arts Center activities. Productions include "The Merry Wives of Windsor" from 2017 and "Much Ado About Nothing" in 2018, as well as our 2016 production of "Taming of the Shrew." The ALSTF is a touring festival, bringing theatre and music to communities around the Adirondacks, both in indoor and outdoor settings. It is generously supported by grants from the New York State Council on the Arts and from David Myers, in memory of Anne and Jayson. We are requesting a donation of whatever you can afford to view this event.

Our very first livestream event was on June 5, a  A prerecorded concert by the Adirondack Jazz Orchestra, featuring a performance at Moriah (NY) Central School with special guest musicians Ray Vega on trumpet, Bret Zvacek on trombone, and Keith Pray on alto sax. Thanks so much to Matt Pray and the AJO for allowing us to livestream this fantastic performance as a fundraiser for the Arts Center! We ask that you give what you can by clicking the "Donate" button, then click on the button above to enjoy the show!