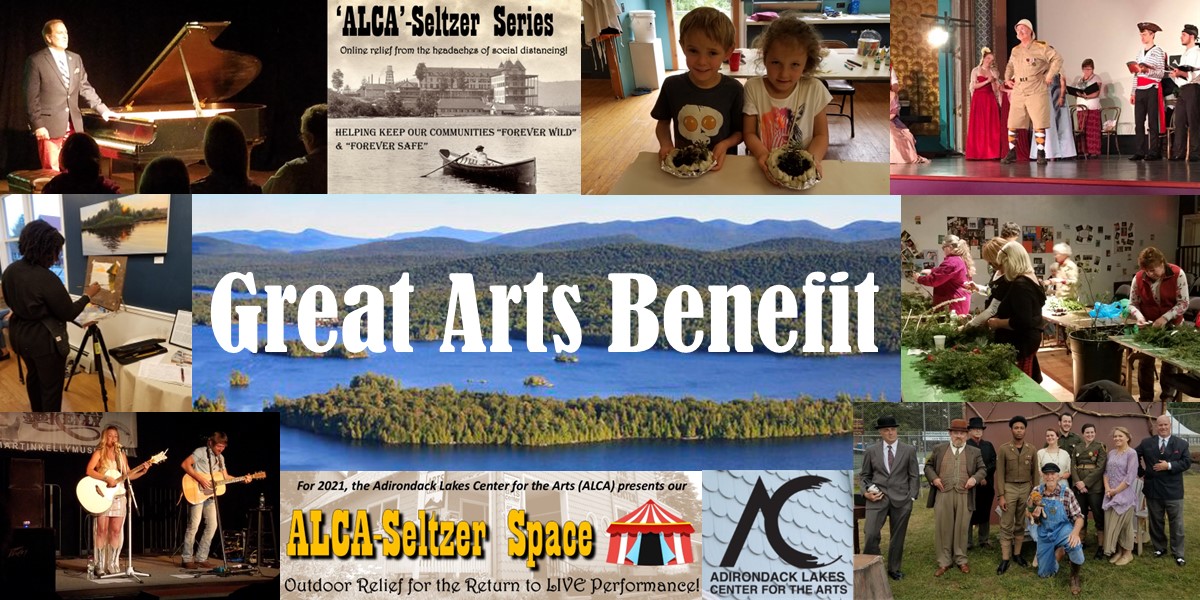 AND THE WINNER IS ...
For every Non-Event ticket sold, the non-attendee was entered into a drawing for a chance to win season tickets to our 2022 performances. The winner was drawn on September 5, and ...
Congratulations to Jenn March!

Here's the final guest list of ALL our "attendees". Thanks to you all!

This event will never take place and you don’t have to go anywhere! We’ve reconceived how we host and support artists this year, our 54th season, and we’re carrying that creative spirit to this Non-Event.

As you know, COVID-19 has greatly and negatively impacted small non-profits. The Adirondack Lakes Center for the Arts depends on its fundraisers to help support the building operations of our “little gem in the Adirondacks,” which includes maintaining payroll for our full-time and seasonal staff.

So stay home, snuggle up on your couch, grab a pint of ice cream or a bowl of popcorn, kick back, watch your favorite ALCA-Seltzer Shorts & Streams on our website!

Just look at it this way:

NO New Dress to Buy

NO Night Driving
This means you can enjoy the evening at home, knowing that you have made a difference, and help us keep the Arts alive in the Adirondacks!

We ask "attendees" to give at the following levels:

No Seat Sponsor (A gift of any amount!)